The Greek physician Erasistos (310-250 B.C.) of Kos used an S-shaped catheter. In the excavations of Pompei,  metal catheters were discovered. Almost all ancient catheters and sounds had one common feature: they were made straight without any consideration of  the posterior urethra’s anatomical structure. The Roman physician Galen (ca. 129-199 A.D.) demonstrated an S-shaped metal catheter.

The Persian physician Avicenna was the first who devised a flexible, more malleable catheter and insisted that catheterisation should be done gently and without force.

In medieval times, the silver catheter became popular. Silver was chosen for several reasons: it was easily formed, easily bent as desired and it was said to have some antiseptic functions.  In medieval times and even during Renaissance, catheterisation was done in the upright, kneeling or sitting positions.

Fabricius of Acquapendente (1533-1619) described catheters made of silver, copper, brass and also horn. He noted that, “… the Ancients made only a single orifice at the end, the moderns also at the side”. He also mentioned a catheter made of textile, impregnated with wax and moulded on a silver sound.

In the middle of the 18th century woven catheters were produced. They had tubular shape and were soaked in linseed oil and then dried. 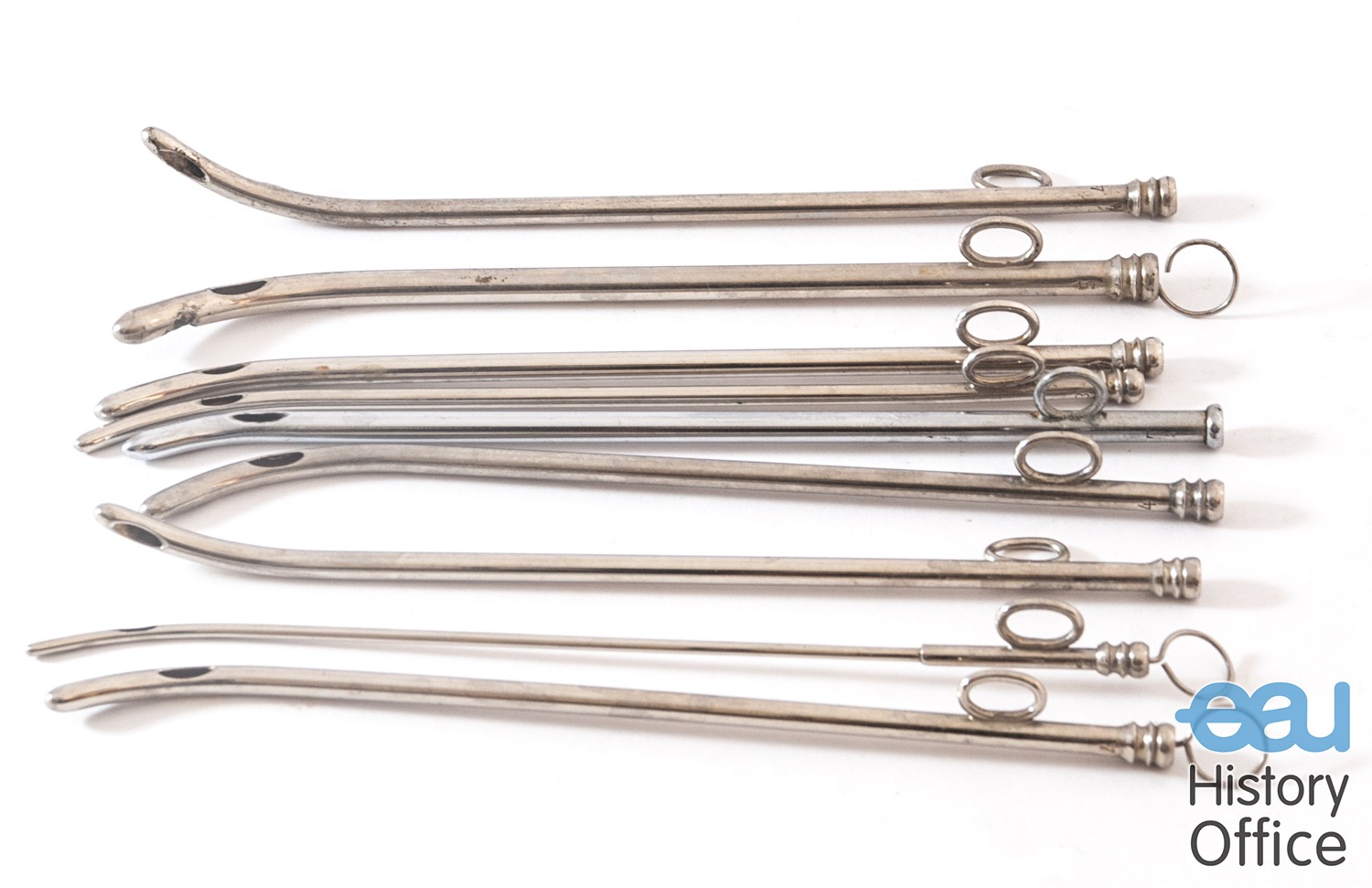