In 1556 Pierre Franco (1500-1570), a barber surgeon who practised in Berne and Lausanne, reported on the suprapubic lithotomy. This operation was for the removal of a stone the size of a hen’s egg in the bladder of a two-year-old child. Although the operation was successful, Franco thought his satisfactory result was accidental and did not recommend the method to his colleagues.

It was only at the beginning of the 18th century that the sectio alta was adopted again. In 1719  the English surgeon John Douglas (1675-1743) removed a bladder stone 5 x 4 cm in size within a minute after having thoroughly studied and prepared the suprapubic lithotomy. The sectio alta was taken up with enthusiasm by William Cheselden who described the procedure in detail in his “Treatise on the high operation for the stone”, published in 1723. However, only a year after his publication he gave up this method of operation because of poor results and returned to the sectio lateralis.

Damage to the peritoneum with its inevitable consequences occurred frequently. In order to find the right place for the incision, the bladder had to be distended for the operation which was extremely painful for the patients.

It was not until asepsis and anaesthesia were introduced at the end of the 19th century that suprapubic lithotomy developed into a modern method of operation. 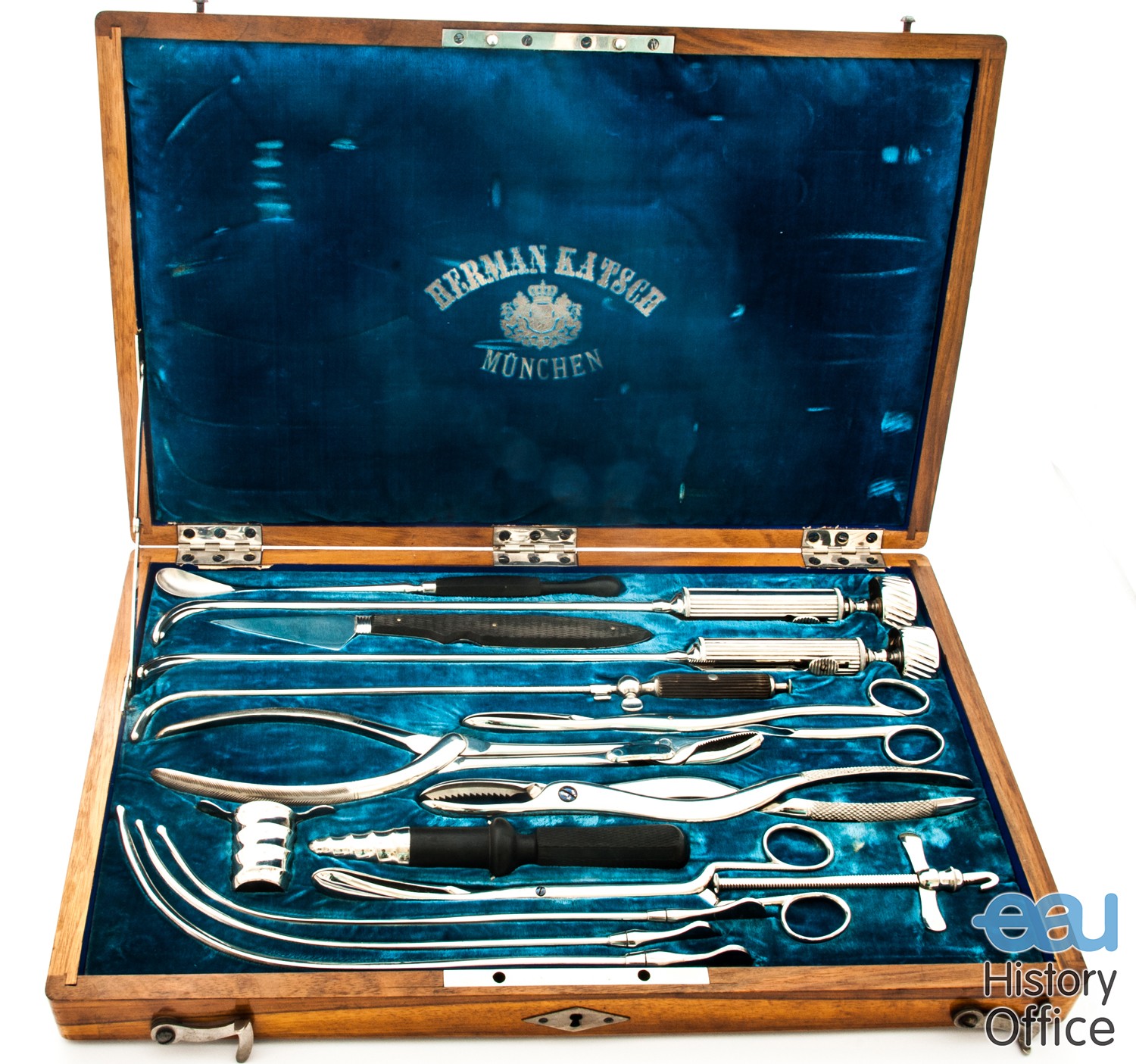 Lithotomy Set, created by Hermann Katsch, München in 1830. From the collection of the German Society of Urology (DGU).