At the beginning of the 19th century, Bavarian doctor Franz von Paula Gruithuisen (1774-1852) devised the use of an electric current to destroy bladder stones. A voltaic pile was to deliver the power for the electric current which would then be conducted to the stone by two platinum wires through a metal tube inside an insulating glass tube.

In 1855 George Robinson of Newcastle-upon-Tyne crushed various ureteral stones by leading two isolated copper wires through a flexible catheter and bringing their ends in contact with the stone placed in a water-filled jar. He suggested this practical application to surgeons but they were unwilling to try the method.

The principle of shock waves was patented by the Russian engineer Lew Alexandrovitch Yutkin in 1950. After he had observed how a lightning bolt could smash a log under water he applied this principle initially to smash plates under water.

The first medical application of this method was performed in 1959 by Victor Goldberg, Head of the Urological Department of the Municipal Hospital in Riga. According to Yutkin’s instructions, the engineer Leo W. Rese constructed an impulse generator and an electric stone probe which enabled Victor Goldberg to successfully perform the first electrohydraulic lithotripsy. 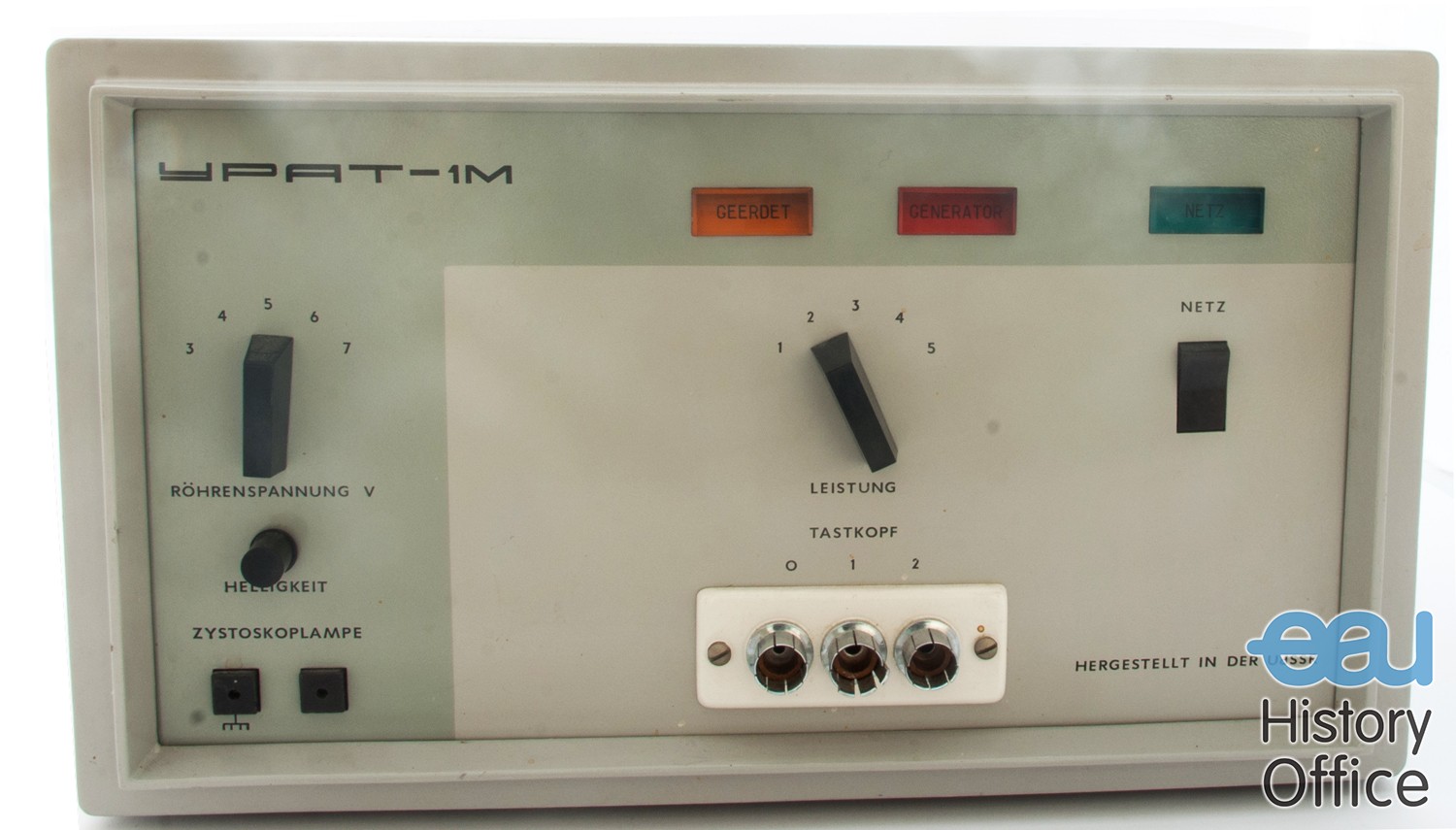 Electrohydraulic show wave lithotripsy after Dr. Roze, Latvia. (1960). From the collection of the German Society of Urology (DGU).