According to recent studies, it was the London-based instrument maker John Weiss (1773-1843) who constructed the first applicable lithotripter. Weiss, born in Rostock, the hanseatic city at the Baltic Sea, was an influential instrument maker at the time. In 1821, he constructed a forceps in the shape of a sound for Sir Astley P. Cooper (1768-1841) and other prominent surgeons in London. The device allowed to extract small bladder stones via the urethra without lithotomy.

This instrument was cut along its entire length (like a baguette) forming two beaks at its distal ends. Thus this sound reminded of the later lithotriptors with a “split beak” that had a lower half (the female part including a fixed female beak) and an upper sliding male part with a beak, which could be moved in proximal direction. Accordingly, the stone was entrapped by moving the male part of the instrument distally and subsequently fixing it with a screw.

In 1824, Jean Civiale (1792-1867) reported on his presumably first successful lithotrity at the Necker Hospital in Paris. The idea behind Civiale’s instrument, the trilabe, was that the stone was caught in the three projecting blades and then drilled. Several sittings were required to break up the calculus which was then passed “per via natura” in the urine.

However, the open letters published in The Lancet by John Weiss reveal an interesting detail. By the time that Civiale reported on his first lithotripsies during the session of the Academy of Sciences in Paris on 22 March 1824, John Weiss had manufactured the first lithotripter with a split beak at its distal end already three years before.

In the early 1830s the basket system of the “trilabe” by Civiale was replaced by the method of the split beak. The so-called “beaked sliding instruments” were predominantly used from the middle of the 19th century onwards and can be considered forerunners of modern lithotripters. 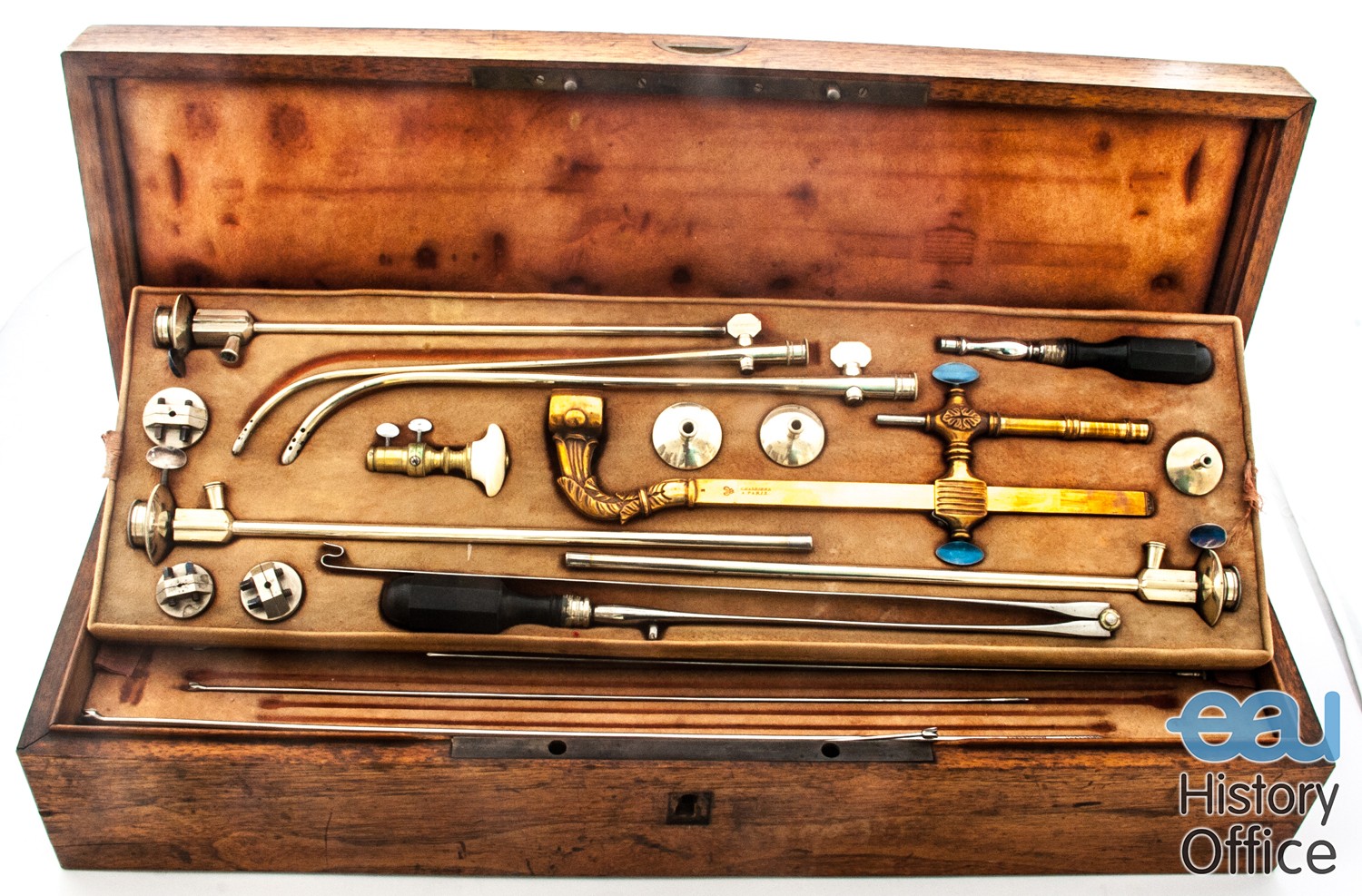 The Trilabe was demonstrated for the first time by Jean Civiale (1793-1867) on 23 January 1823 in Paris. Created by Charrière. From the collection of the German Society of Urology (DGU)