The Impact of Goodyear’s Invention on Medicine

By the late 18th century, the idea to produce catheters made of elastic gum or rubber was introduced but the actual quality of  the produced specimens was rather poor. Only after Goodyear’s invention of vulcanisation, the firmness, flexibility and durability was substantially improved.

At the Hospital St. Louis in Paris, August Nélaton (1807-1873) used Goodyear’s vulcanisation process to produce what is still known and used as Nélaton’s catheter. The one-eyed catheter was made of   red rubber and had  a solid tip. Nélaton’s catheters had a narrow lumen and could not be used for a long time because the rubber became hard and friable. Once the use of rubber and gum elastic catheters became widespread and production increased, some method of standardisation became necessary.

Joseph Frederick Benoit Charrière  (1803-1876), a French instrument maker and Nélaton’s contemporary developed the French scale, still mostly in use today. The French scale is based on the metric system, and promulgated by the French Academy of Science in 1799. His scale was based on one third of a millimetre in the diameter of a bougie being equal to one unit in size. Thus a 1-mm catheter is a number 3 French. A  few years later,  the system was modified  by Bénique. He based his scale on one-sixth of a millimetre so that a no. 1 charrière was equal to a no. 2 bénique.

Catheter measurement. Created by PORGES, France. From the Eric Felderhof Collection, the Netherlands.

In France, the manufacturers J. Eynard, and Porges, in Germany, Rusch became the most important producers of rubber catheters. It is not until latex rubber became available in the early 1930s that the 5cc balloon self-retaining catheter became practical.

In 1983, low friction catheters were introduced. This type of catheter is completely covered by a liquid surface which reduces the friction between the urethra and the catheter by 90 to 95 percent in comparison to ordinary catheters with or without gel. This considerably reduces the risk of patients‘ discomfort and minimises the risk of trauma and complications.

Today, when a nurse hands to the patient a sterile well-packed disposable catheter in plastic or silicone, it is difficult to imagine how painful catheterisation of the bladder had been until only a few decades ago. 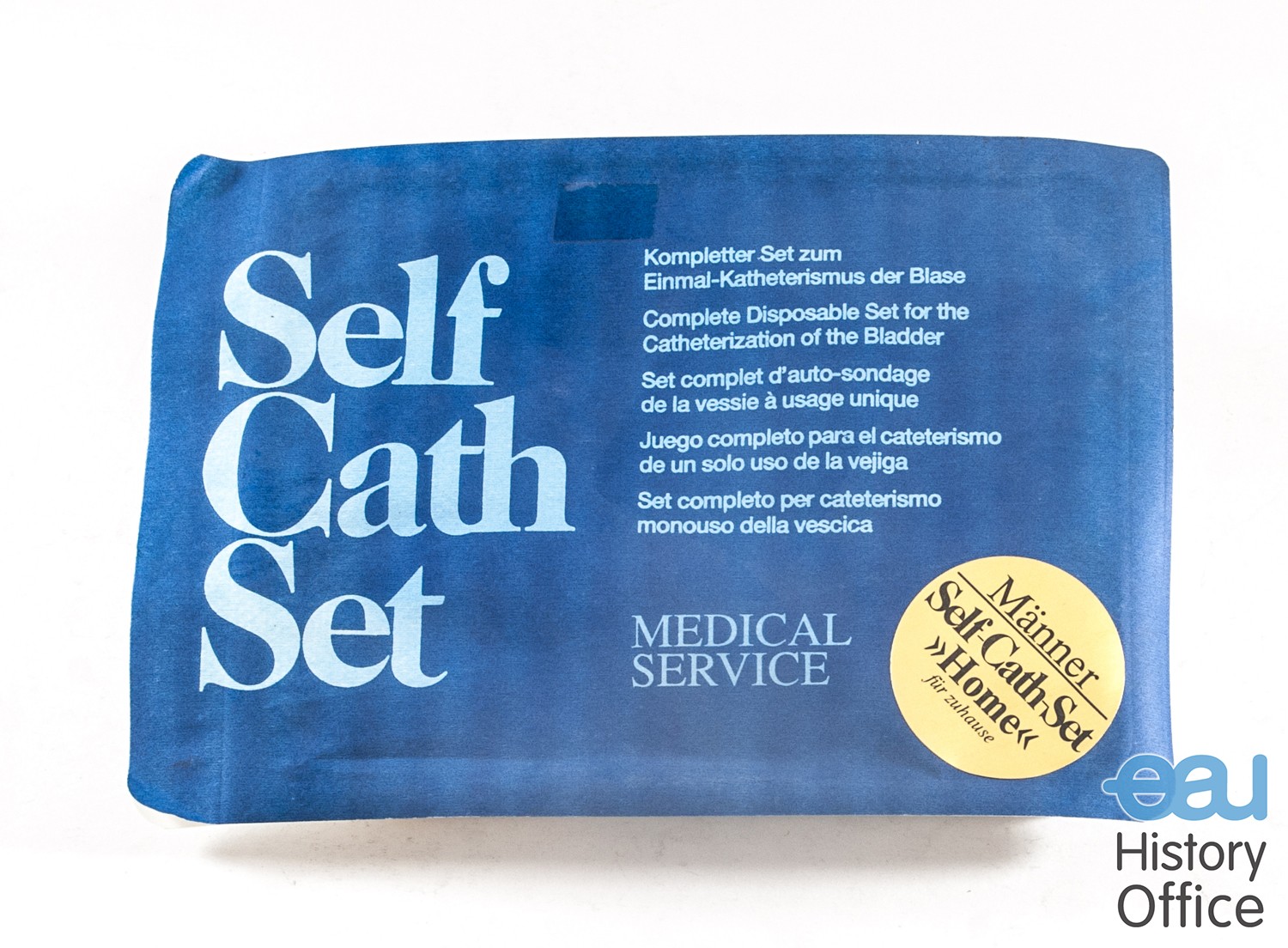